A variety of journals in the disciplines of sociology, criminology, law, and public health as well as interdisciplinary journals have and continue to publish research on femicide. Only a few of these journals, however, have dedicated an entire issue to the topic. Below, we feature two of those special issues as well as a special issue on Domestic Violence Death Review Committees which focus on primarily women and children killed by male partners.

Homicide Studies published what is believed to be the first special journal issue on ‘Femicide’ in 1998 with the goal of underscoring the distinct characteristics of the killing of women compared to the killing of men. Featuring femicide research from the United States and Canada, the special issue refocused attention once again on the term ‘femicide’ that had been coined by Diana Russell more than two decades before.

In 2013, given the rise of domestic violence death review committees in various countries, Homicide Studies published a special issue on these initiatives, featuring articles on various topics related to the process and structure of these committees as well as some of the challenges and benefits. These committees primarily focus on women killed by male partners often referred to as intimate femicide.

More recently, in 2016, Current Sociology published a special issue to address international perspectives on femicide, considering theoretical explanations, empirical analyses and public policies; it incorporates articles from different perspectives, different countries and embracing different theoretical approaches. It is believed to be the first special issue on femicide within the discipline of sociology.

A year later, in 2017, another special issue was published by Qualitative Sociological Review XIII (3) called “Researching Femicide from a Qualitative Perspective.” Examining femicide using a qualitative lens, contributions focused on the dynamics of femicide in various countries including Cyprus, Ecuador, Georgia, Iceland, Romania, and Spain. Topical foci ranged from migrant and cultural minority populations as well as literary and cultural representations to masculinities and femicide. 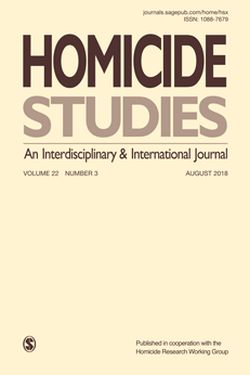 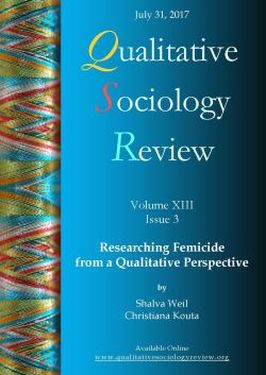 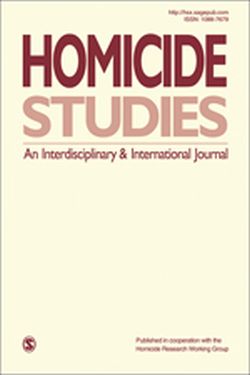 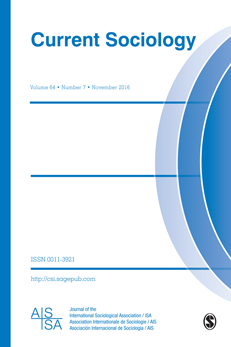